Bailey Wacholz was 14 when her dad was diagnosed with Alzheimer’s. Even though she and her mom Pam noticed changes, the diagnosis was not immediate.

As the family wrestled with the new challenges in their world they reached out to the Alzheimer’s Association. Like others who contact the Association, Pam and Bailey felt they found help, support, and new family; people who understood- and stood by them, no matter what.

Bailey, now a student at Bethel University, also discovered an unexpected network through the Association. A young woman with a busy life, Bailey had to figure out how this new world was going to work. Several things occurred that make Bailey both a star, and an explorer.

As a pageant participant and Miss Minnesota Outstanding Teen, Bailey chose education, specifically educating youngsters about Alzheimer’s, as her platform. In doing so, she created a curriculum she now takes to elementary and middle schools that includes books and displays to help young people grasp the meaning and implication of the disease. “It is amazing how many little kids are touched by this,” observes Bailey.

In 2010, Bailey attended a session at Austin’s Camp Building Bridges at New Life Ranch in Colcord, OK. Specifically designed to offer young people respite; teenage caregivers can interact with peers, practice skills to help them cope with a relative with Alzheimer’s, and even learn how to become an advocate. It is also a chance to just have fun! Named for the founder’s son, who struggled with her diagnosis of frontal- temporal lobe dementia, the camp serves kids around the country. “I met girls who are in the same situation as me…one from Minnesota, another one from Georgia- I feel like we will be friends forever…” says Bailey.

Bailey and her mom are trained support group leaders, allowing them to share their experience and wisdom with others in the community. “Bailey and I feel we need to educate and support people. People need to know what to do; those with Alzheimer’s or dementia- their family and friends. We also feel people in the community need to be aware, to know how to help out and reach out.”

“The Alzheimer’s Association is always just a phone call or email away. Whenever I called, they jumped on it. Their hearts are truly in it.”

To reach out to Bailey, check out Bailey Wachholz on Twitter

One thought on “Courage… Finding the Way with Alzheimer’s” 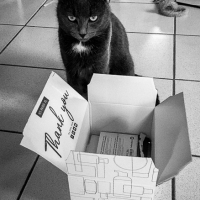 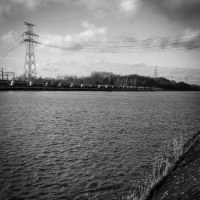 Follow West Seventh Freelance on WordPress.com
The World Is A Book...
herbalblessingsblog

Growing and harvesting a bounty of blessings in my potager.

Great Blue Herons: A study in patience and grace

MAKING A DIFFERENCE, ONE STEP AT A TIME

Culture is downstream from technology.

Tales of humour, whimsy and courgettes

age is just a (biggish) number

At home in my corner of the world

Observations & Reflections from Home & Abroad from the Side-Kick Traveller